We brought in the new year the best way we knew how- with good food, indulgent desserts, champagne and a beautiful little wedding!

Researching the history of fondue proved to be charming and intriguing.
Originating in the lowlands of French-speaking Switzerland, it was popularized as a Swiss national dish in the 1930’s to help increase cheese consumption. Then after the strict food rationing during World War II, the Swiss cheese union developed regional recipes and sent fondue sets to military regiments and event organizers all across Switzerland as part of a marketing campaign.

We discovered that fondue is served with white wine in the evenings and black tea if served earlier.  Lucky for guests we had both at the Inn!  We also discovered (with a giggle) that losing a piece of bread in the fondue pot is to be penalized by the culprit doing any or all of these things: buying a round of drinks, singing a song, and/or running around in the snow naked!  Unfortunately, there was no such entertainment at the Inn!    Fondue celebrations around the holidays have been common in Europe for many years; however, America didn’t truly catch on to the comforting deliciousness of this Swiss national meal until the 1960’s when it was promoted to Americans at the Swiss Pavilion’s Alpine restaurant at the 1964 New York World’s Fair.  Now, however, fondue is a holiday tradition in many American households and some restaurants, too! 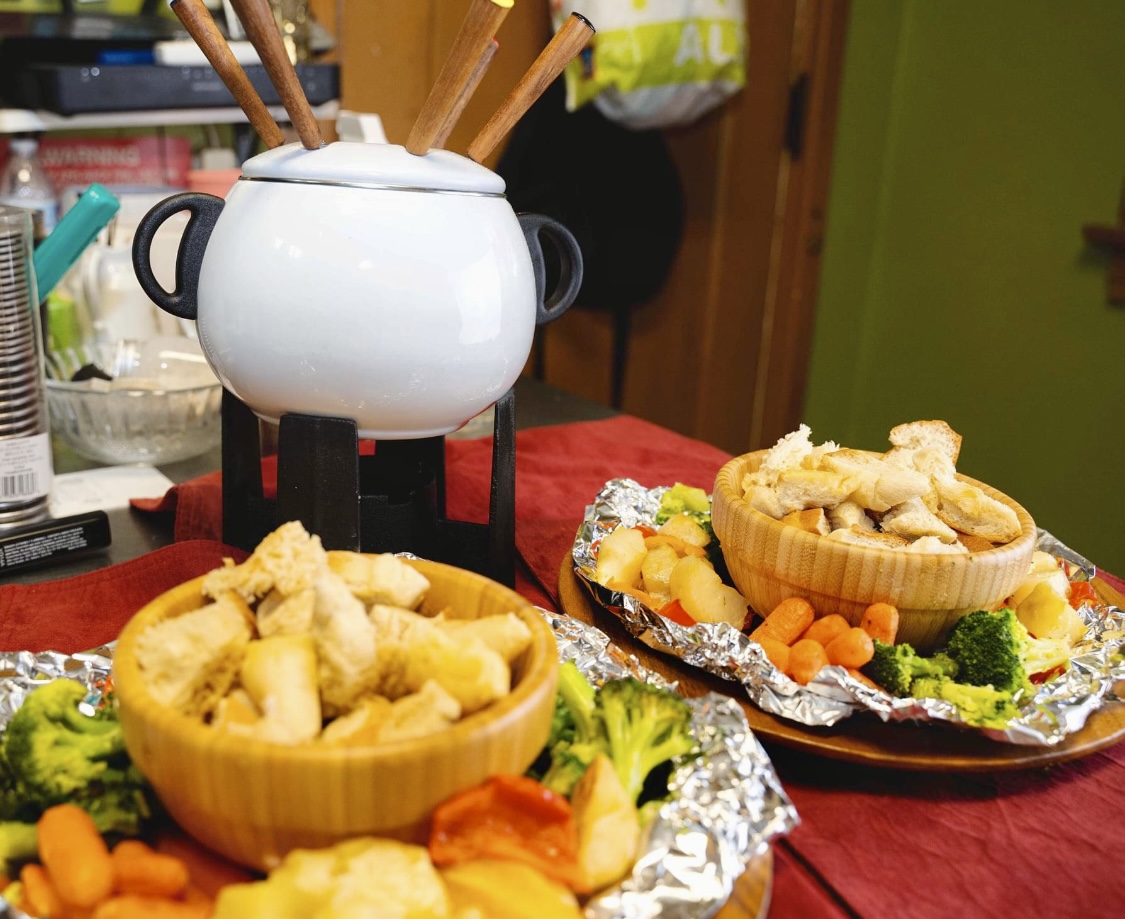 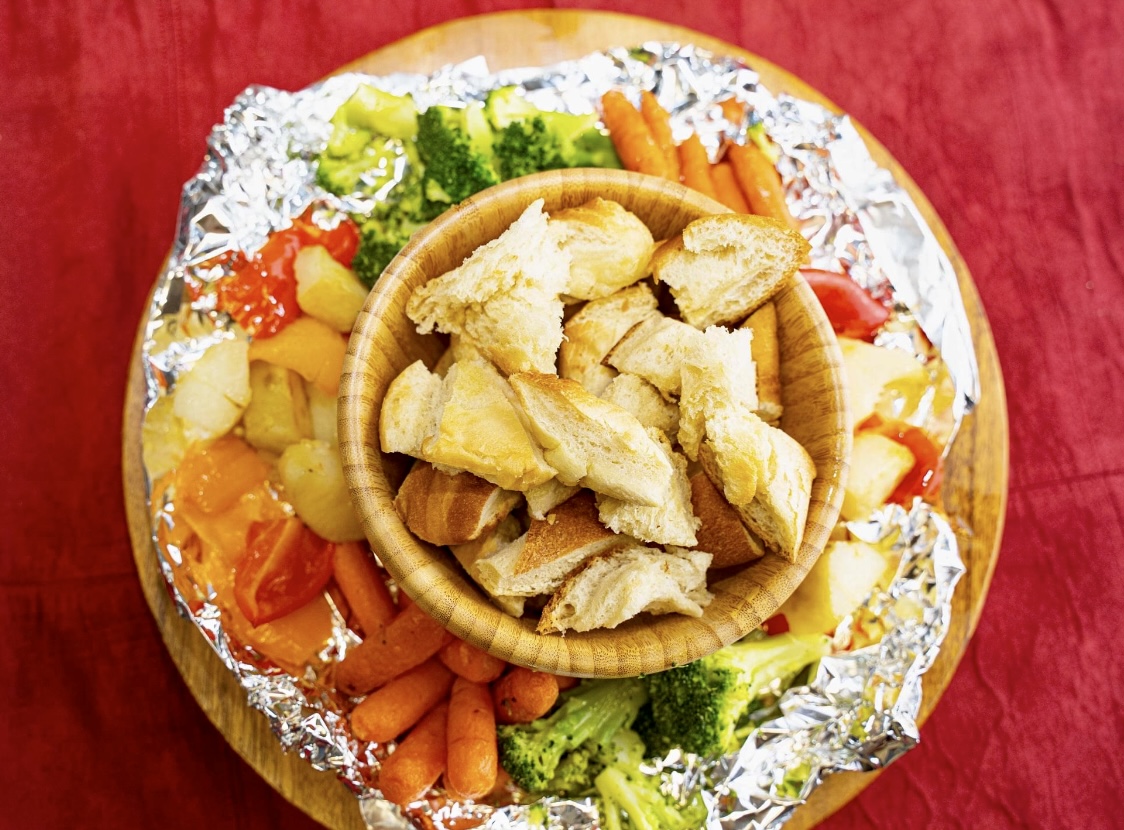 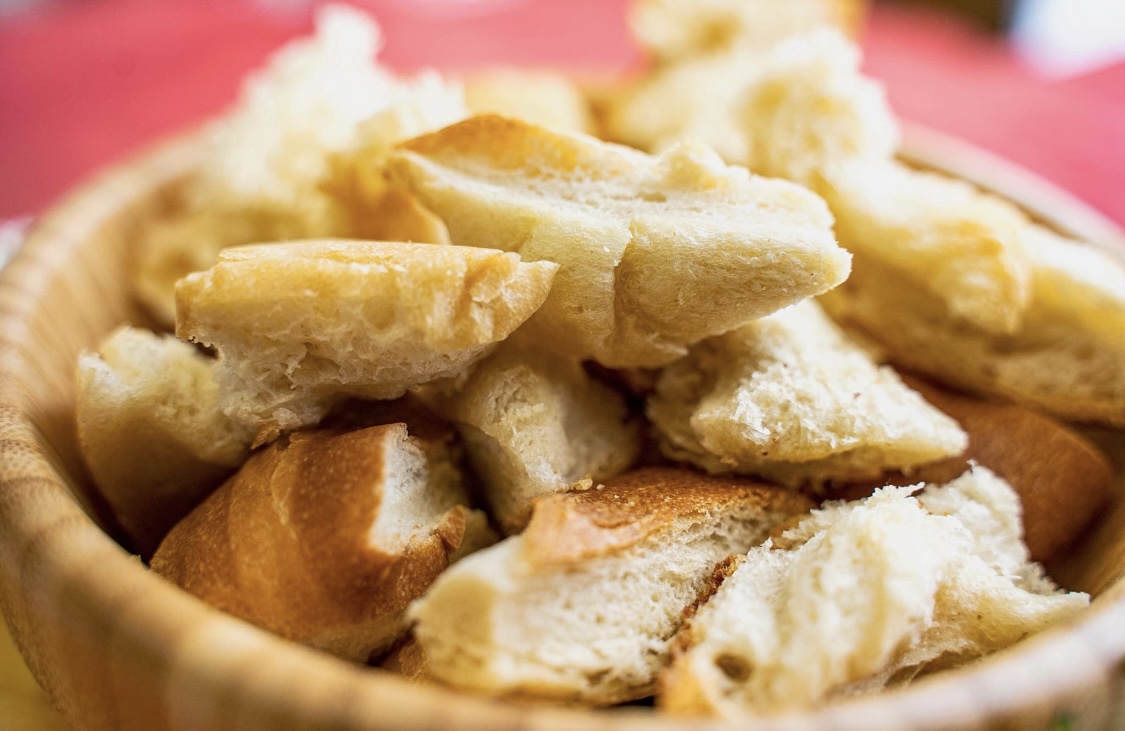 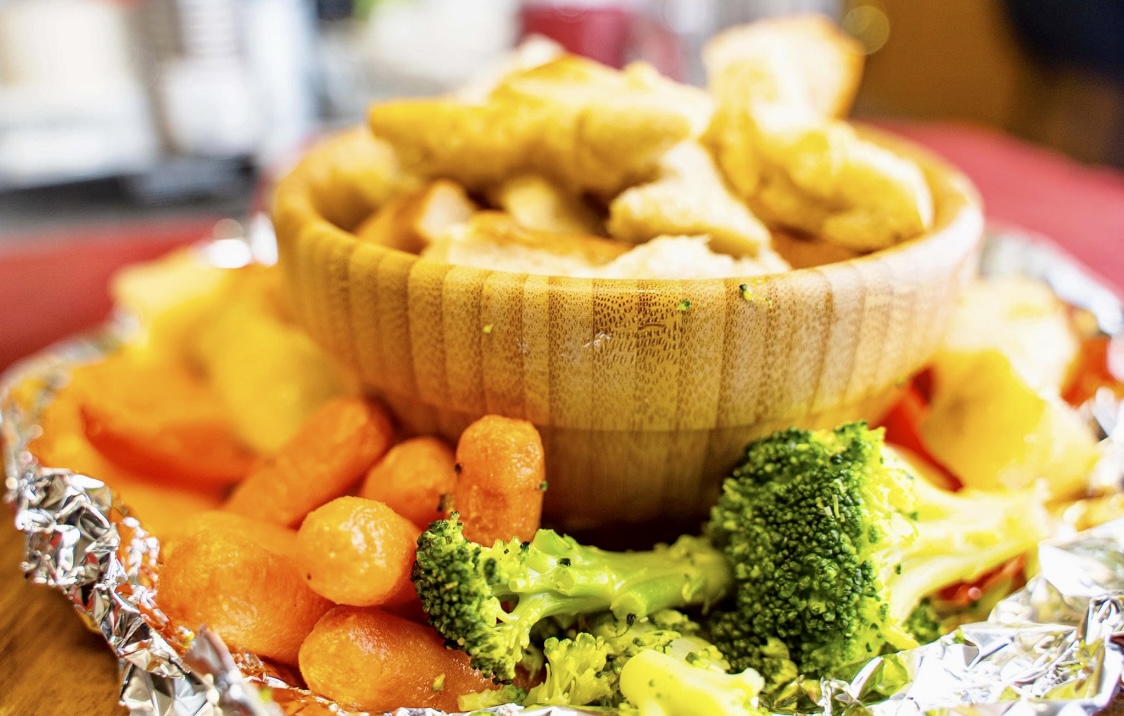 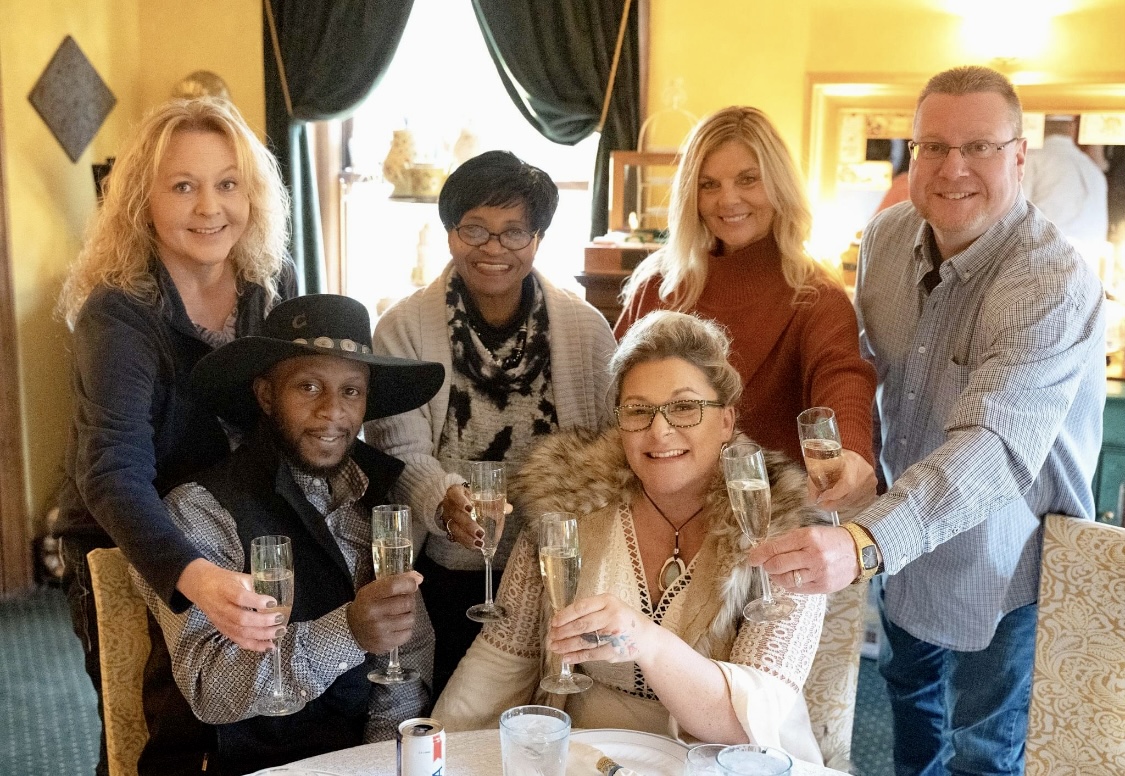 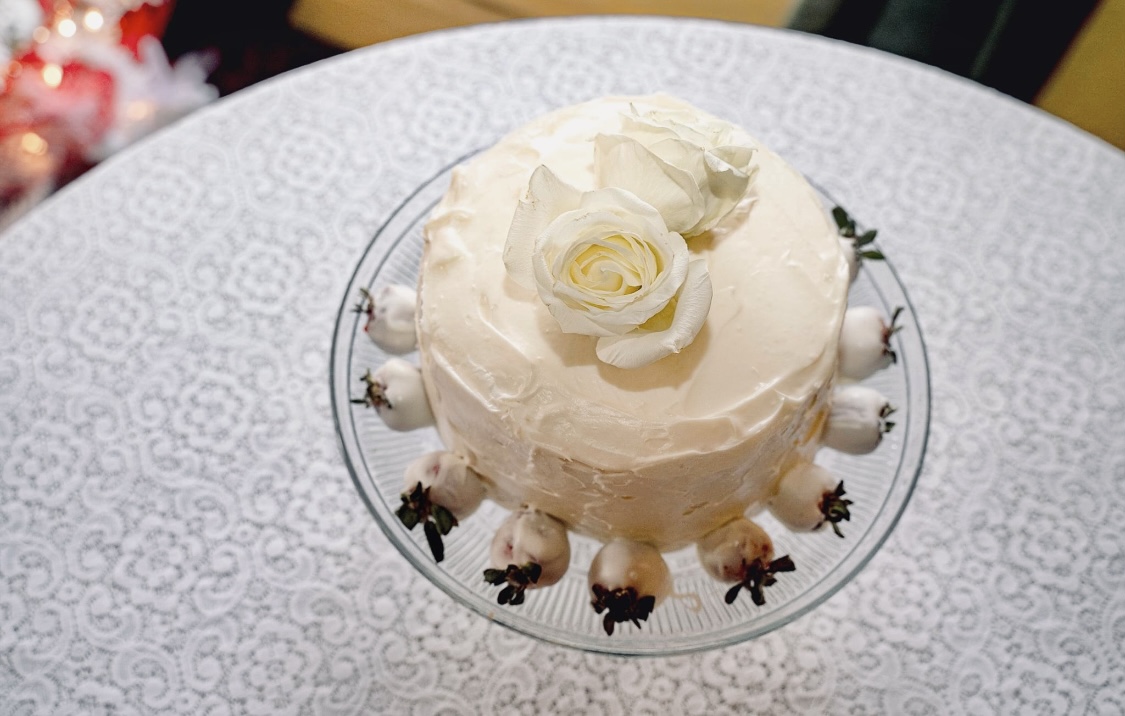