To celebrate the Queen’s 70th year on the throne, her Platinum Jubilee, we held a high tea and featured some of the Queen’s reported favorites.  Queen Elizabeth loves her afternoon tea ritual and we wanted to give guests a bit of a glimpse into true British culture- high tea style!

A Little History:
Queen Elizabeth and the U.K. celebrated her Silver, Golden and Diamond Jubilees (1977, 2002, 2012) with special ceremonies; however, this year marks her 70th year as ‘Her Majesty The Queen to the people of the United Kingdom, the Realms, and the Commonwealth. She is the first British Monarch to reach this milestone deemed her Platinum anniversary!
Celebrations:
There will be all kinds of celebrating  across the U.K. and other parts of the world from June 2nd-5th that include church services, parades, picnics, horse races, concerts, military pageantry, gun salutes, bell ringing, beacon and tree lightings , and of course, TEAS!  Word has it that the Queen isn’t much of a foodie like her late husband was- but, the Inn wanted to offer a light-hearted, fun spirited afternoon tea to commemorate Her Majesty’s Milestone featuring some of her favorites.
The Jubilee Tea Menu:
SALMON COULIBIAC- a Russian recipe for a layered fish pie (one of Prince Phillip’s and the Queen’s reported favorite suppers).  We prepared brown rice with mushroom, onion, and some dill and tarragon, salt and pepper, and a little lemon on high heat to ensure it would be cooked properly for guests and puff pastry or crescent dough can be used to wrap the layers of salmon and rice. Brush egg wash and bake at 375-400* until golden brown.
CROQUE MONSIEUR POTTAGE- we made this dish shepherd’s pie style with a delicious mixture of ham and a Gruyère and Sharp Cheddar sauce topped with mashed potatoes and more cheese. Baked in mini ramekins at 375* for 30 minutes or so.  This dish got rave reviews!
CRANBERRY ORANGE SCONES and GINGER SCONES- we used a good scone recipe and served these with cream and marmalade.
BERRY TARTS- we used several types of berries mixed with raspberry jam for the filling and baked in pie crust in mini muffin pans.
CHOCOLATE MOUSSE CAKE TRUFFLES-we crumbled chocolate cake with a couple of scoops of fresh, homemade chocolate mousse and then rolled into quarter-sized balls. Then dipped them in melted milk chocolate chips and white sprinkles and then topped them off with a Union Jack flag toothpick.  Another guest favorite!  We certainly hope the Queen would’ve approved! 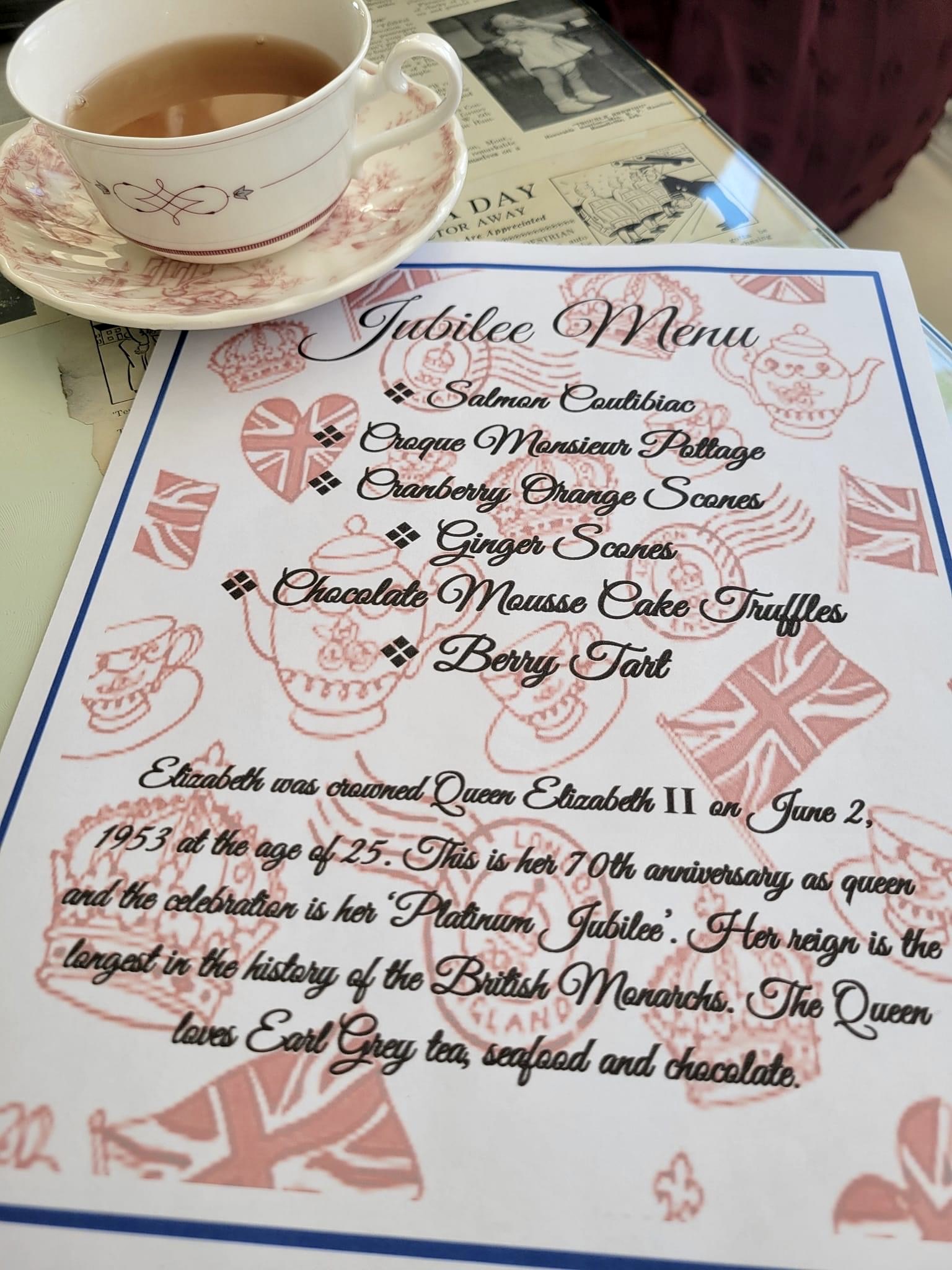 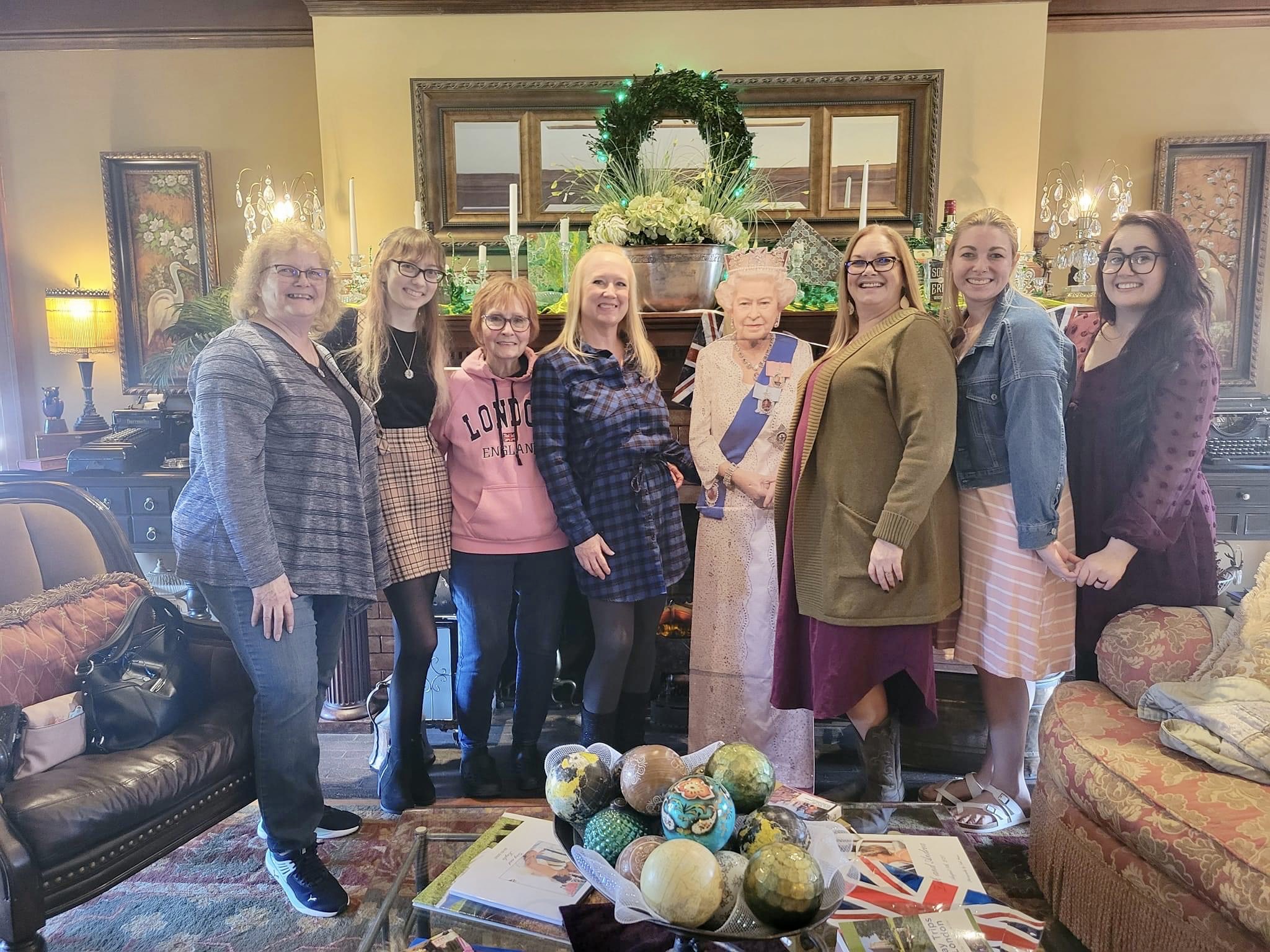 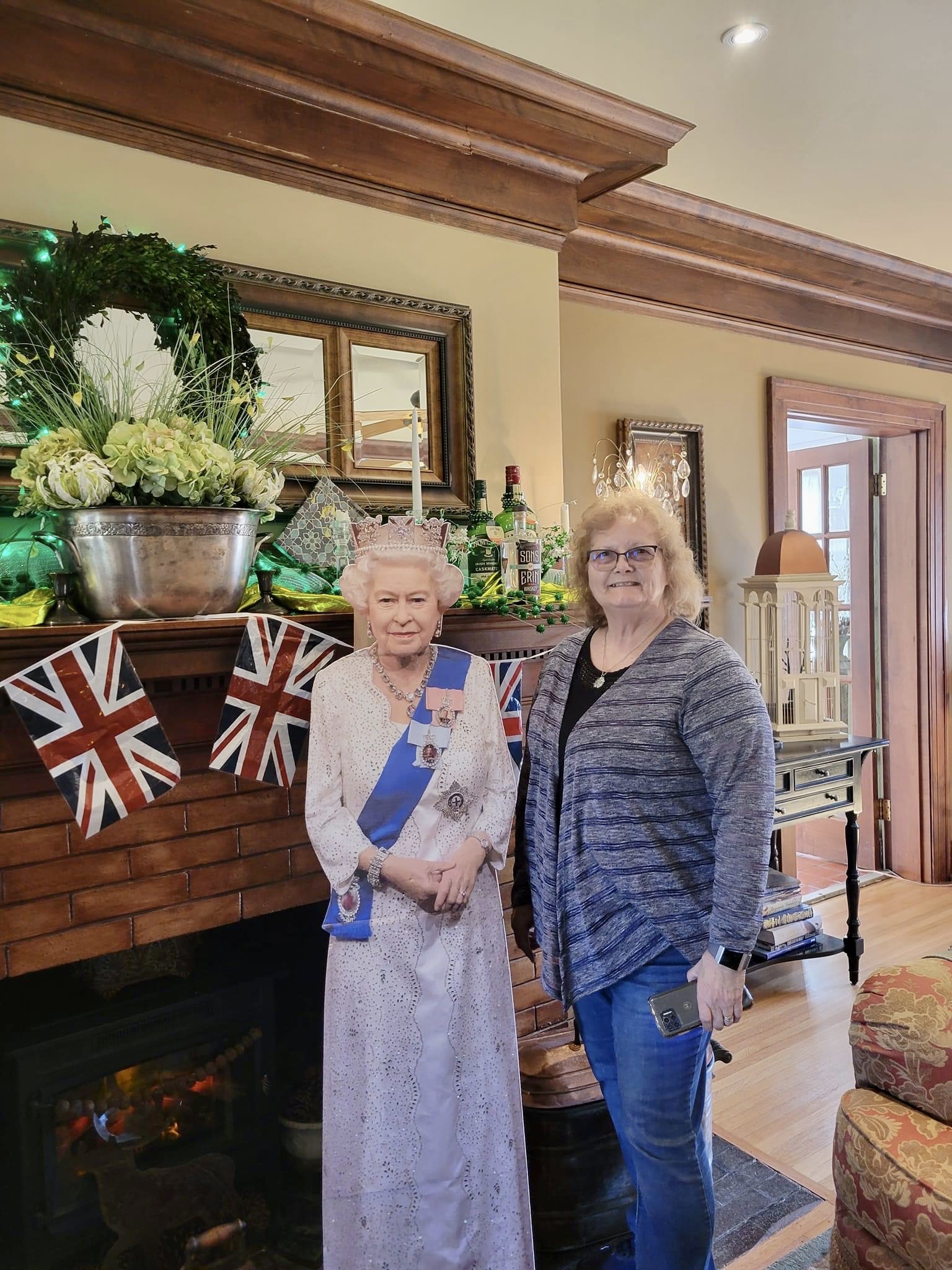 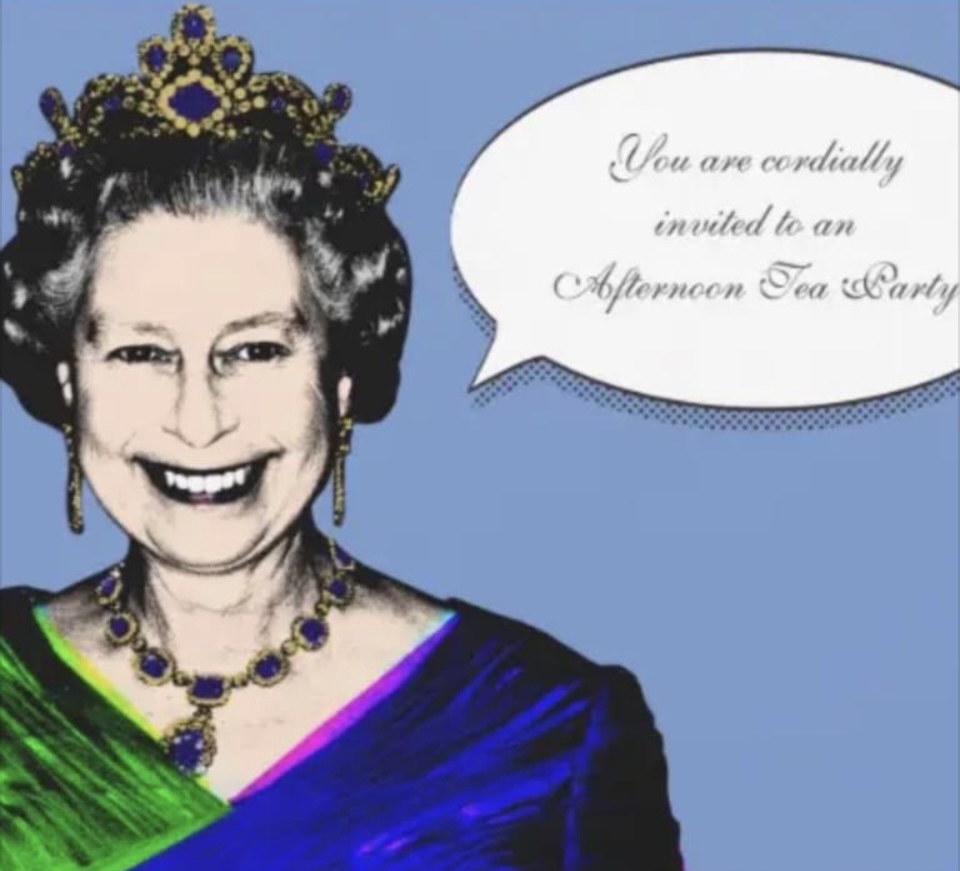