Inspired by the old-fashioned church coffee socials and by the turn-of-the-century Parisienne cafes that were destinations for many American writers, artists and forward-thinking intellectuals to discuss their work and ideas; this gathering at the Inn harkened back to that ‘Age of Enlightenment.’

Hemingway
Of course, we had Ernest Hemingway in mind, who loved Paris and was an integral part of this group of Americans known as ‘The Lost Generation.’ Hemingway never forgot his Midwestern roots though, and credited The Kansas City Star, in which he was hired as a reporter right out of high school, with teaching him how to get to the point quickly when writing and he kept this style throughout his career as a novelist.
The McCleary Family
We also had the McCleary family in mind as we had discovered their love of Europe and especially the cafes in Paris in the mornings and afternoons for their coffee and delectable pastries.  On a sidenote, we also discovered Anna McCleary was not fond of night time goings-on in Paris as the thoughtful and mostly tame socializing gave way to burlesque and cabaret style speakeasies led by ex-patriot Josephine Baker (also a Missourian!) However, the McCleary‘s son, Nelson- a gay, extremely gifted artist, disappeared into Paris‘s nightlife with little abandon. An interesting irony, to say the least!
The Social
The coffee social at the Inn proved to be a laid-back event with some fun discussion of the movie ‘An American in Paris,’ ‘The Lost Generation,’  and how to drink coffee like a Parisian. Berets and cigarette cabrioles were passed around for a few good spirited photos.  Some guests were even able to try espresso for the very first time!
The French-Inspired Menu:
1. Burgundy French Onion Gratinee: a beef stock soup with caramelized onions and reduced burgundy wine.  Served with thick slices of French bread toasted with Swiss cheese.
2. Savory Chicken Crepe: pull apart chicken served in a cream sauce alongside mushroom pate. The pate consisted of baby Bellas, shallots, olive oil and seasonings blended in a food processor.
3. Chocolate Crème Brûlée: we used a delicious recipe from Food.com and caramelized a sprinkling of brown sugar on top of each ramekin.
4. Vanilla Biscotti: made by local baker, Sammy Schlie (the Biscotti Co.). A delicious crunchy accompaniment for strong coffee dipping.  And we had enough for guests to take home, too! 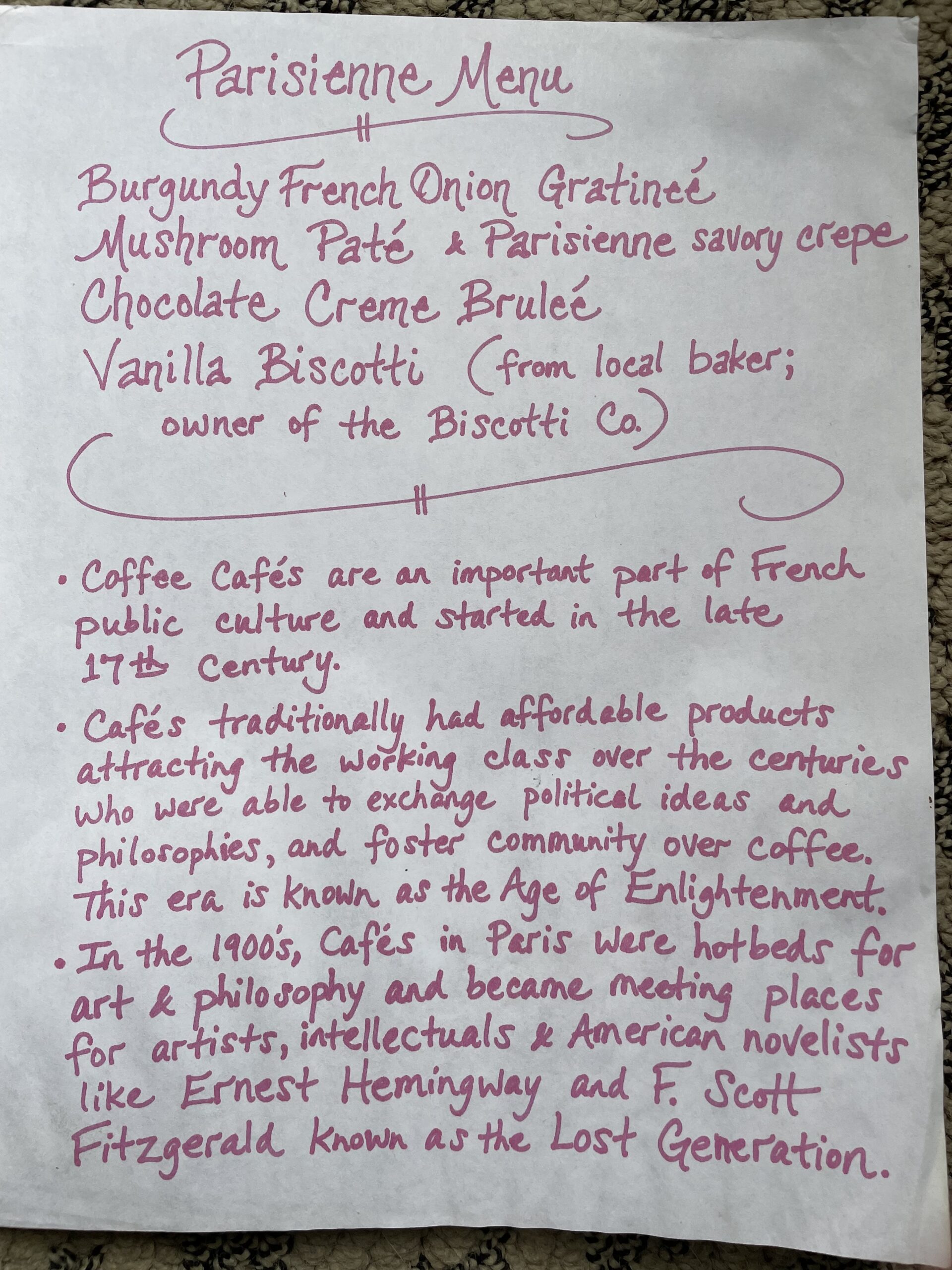 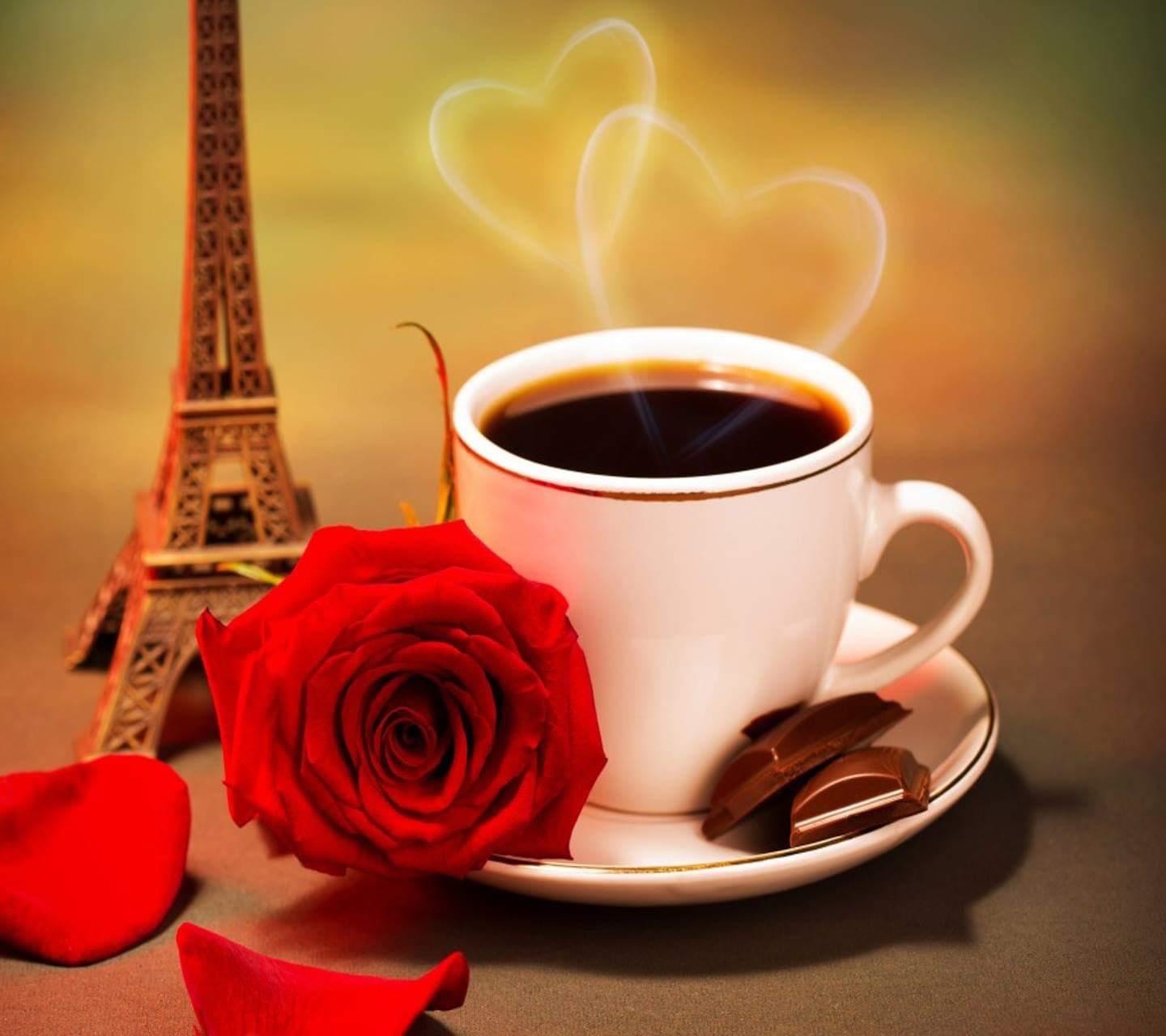 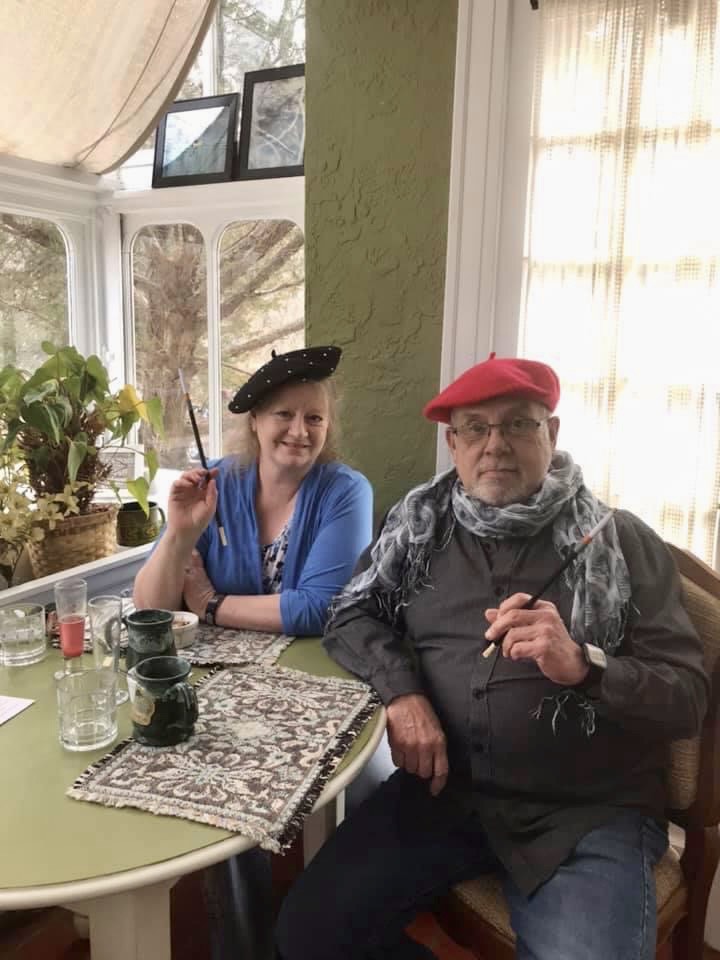 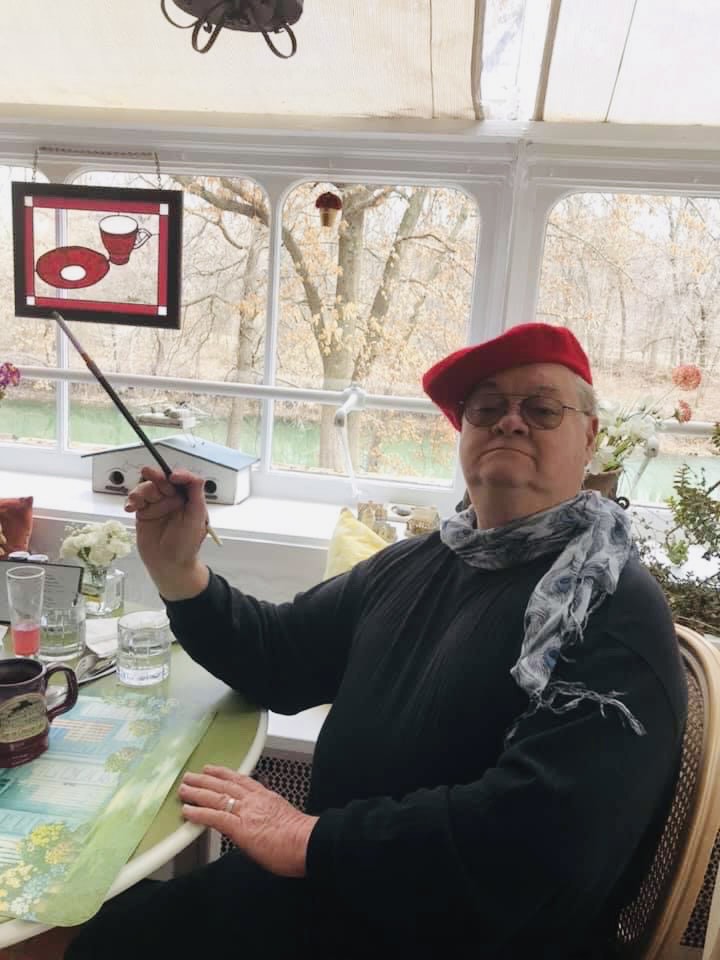 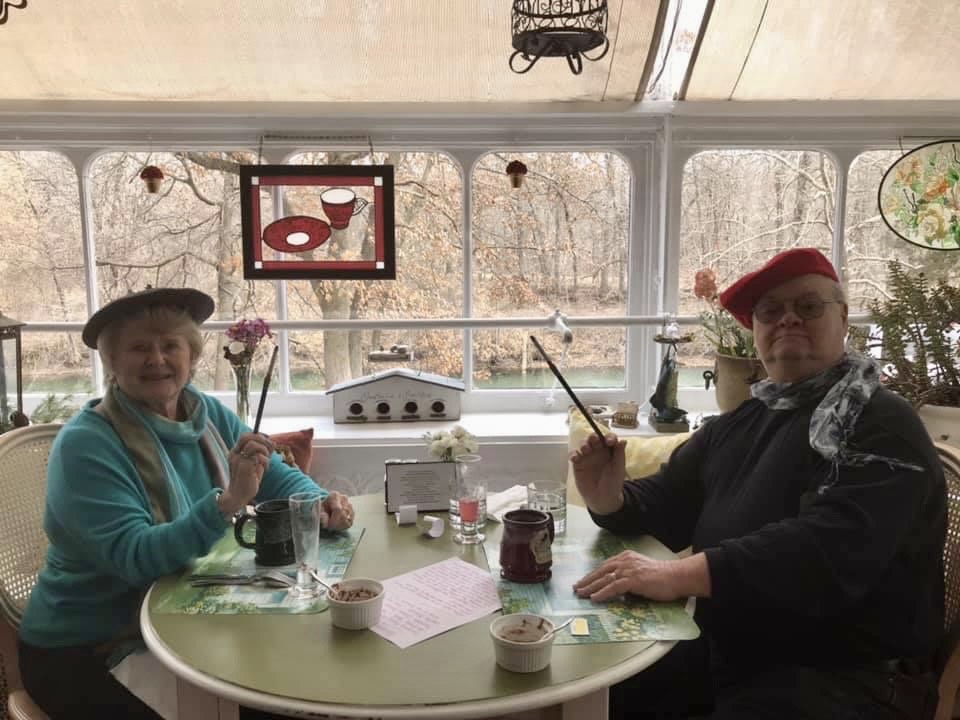 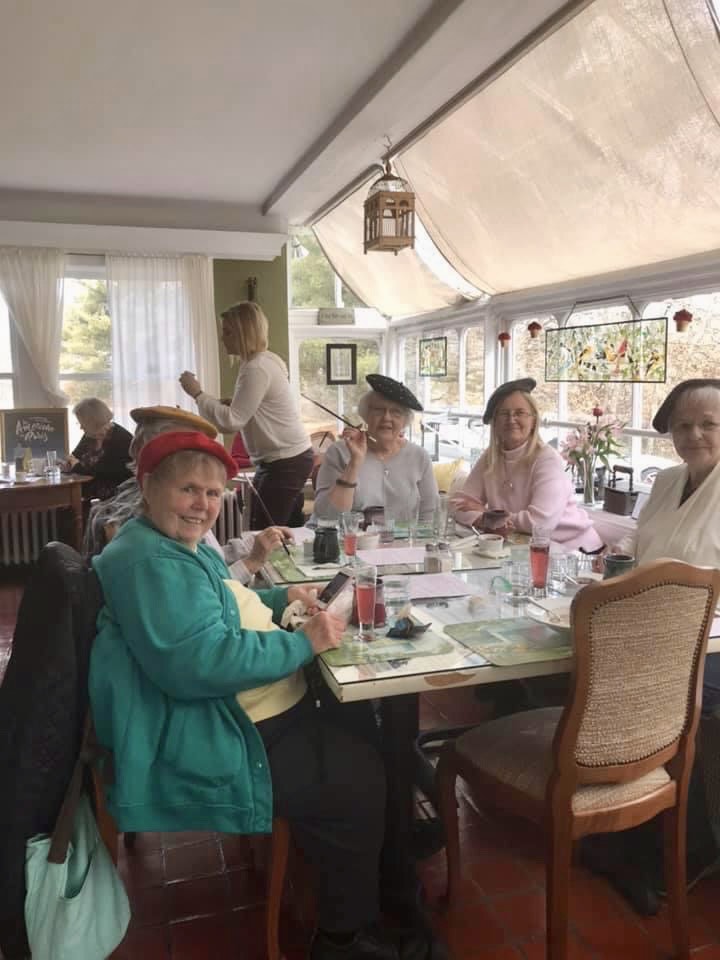 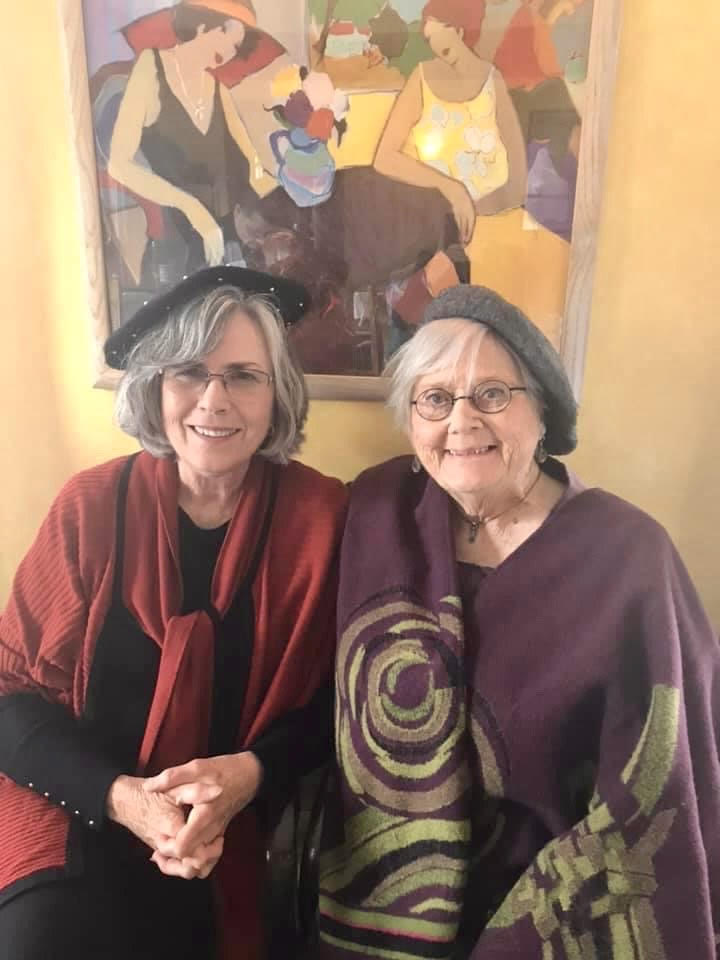 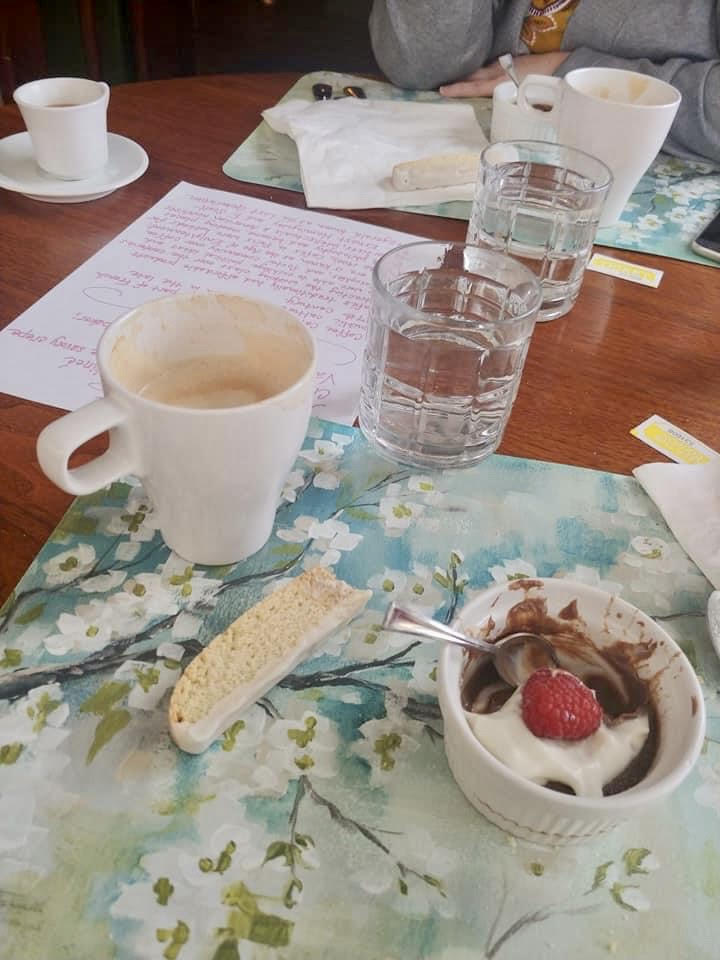 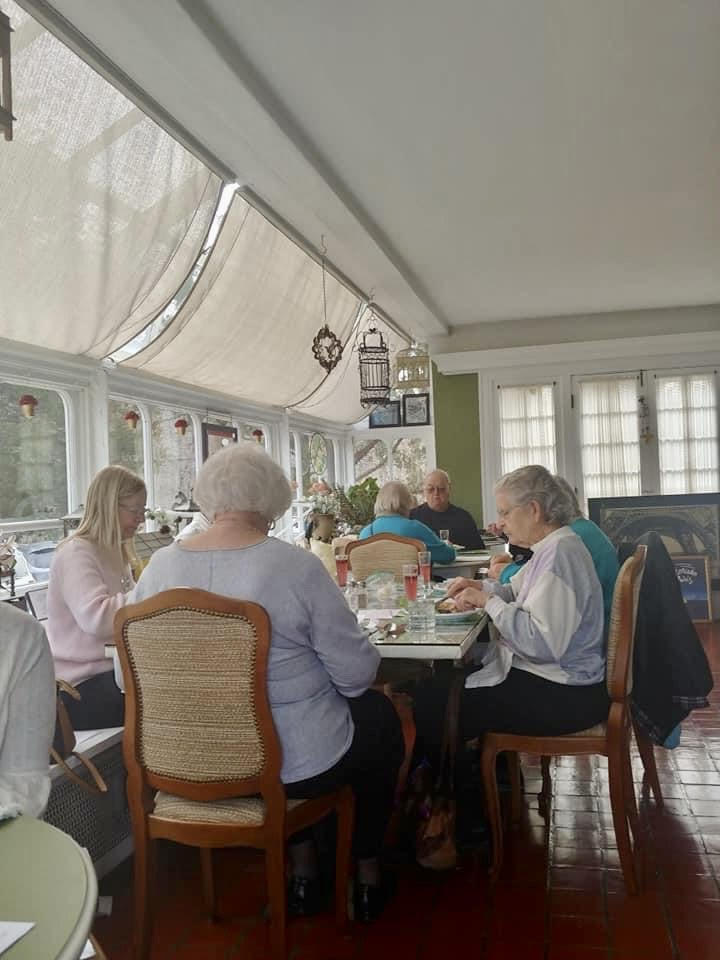 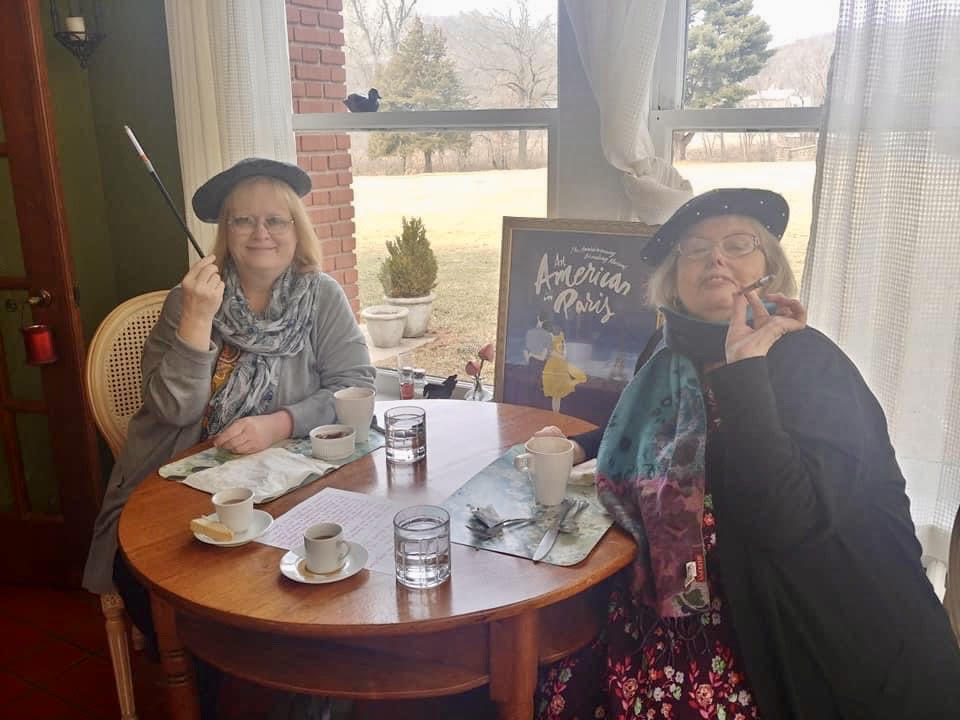